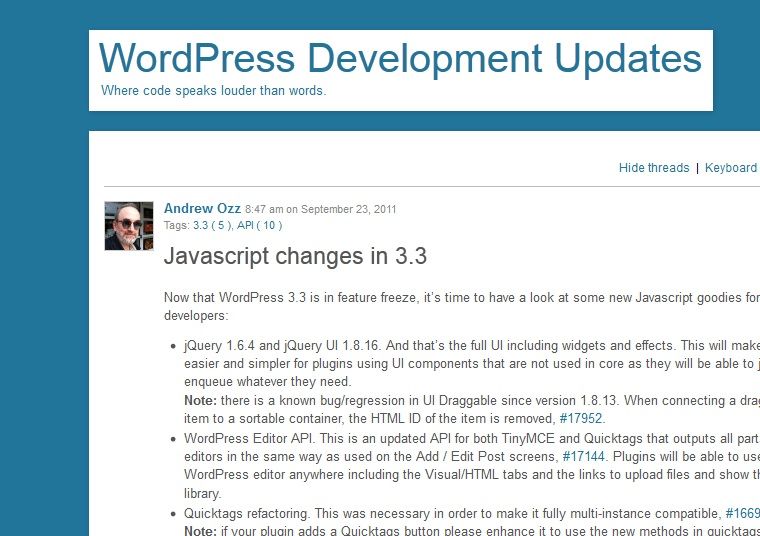 Now that WordPress 3.3 is in feature freeze, it’s time to have a look at some new Javascript goodies for developers: